Not available for the selected country.

A super fun board game for lovers of football. Although a game of skill and tactical know how, it can still be played by the youngest of fans.

Before kick - off, players arrange their eleven players as they best see fit for a strong attack as well as a solid defence.

Then, in their turn, they roll dice to determine how many squares they can move the ball. Where possible, they try to land on on one of their player tiles. If they are successful, they have made a successful pass! After a successful pass, their turn continues while they make as many successful passes as they can or shoot. To shoot they must be within 6 squares of the goal. When they get the ball into the goal area, they have scored, unless the opposite goalie can throw the one or the two needed to get under the ball. After a save, the goalie gets a twelve square punt!

If a player is unable to land on one of his own player tiles, he must leave the ball on a “grass” square. Then, the other player may begin his turn by moving any one of his player tiles under the ball and begin his attempt to pass and shoot and score.

It is suggested that players set a time for play, like 15 minutes each way. 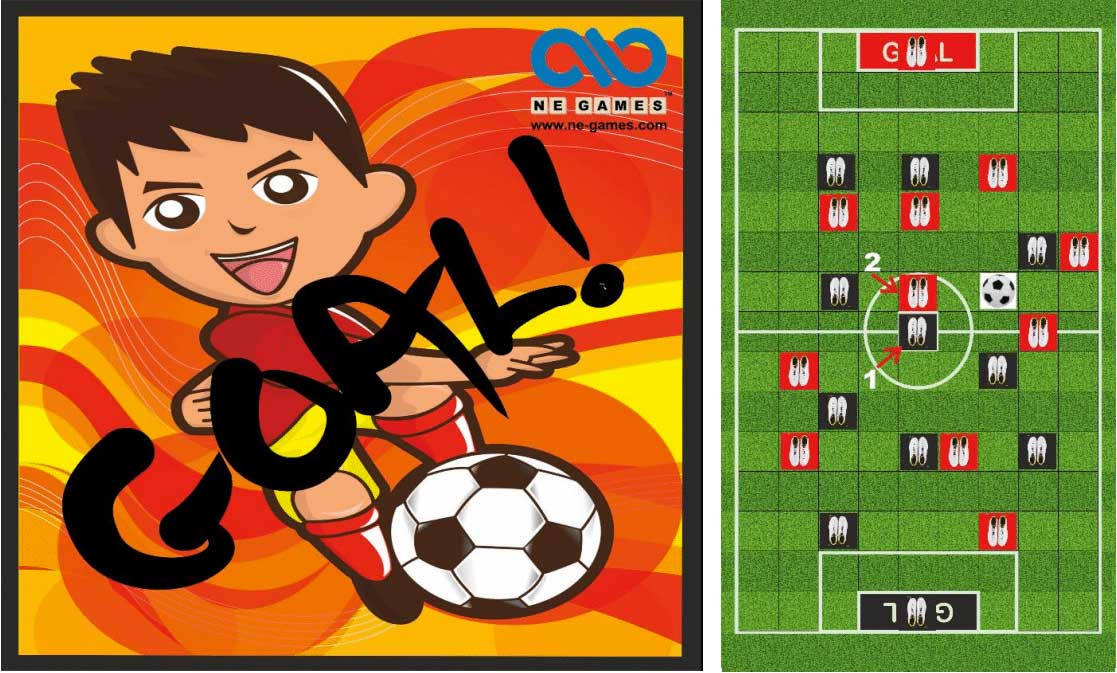 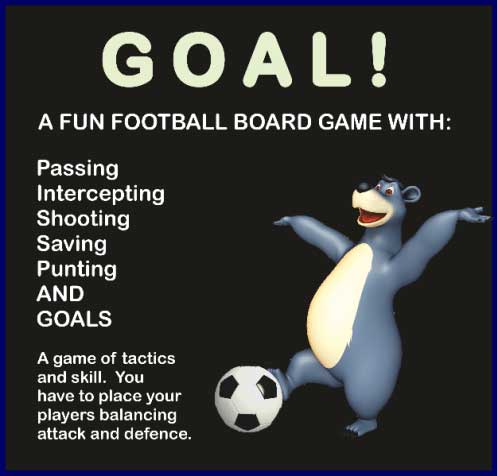